Truth #1: Student Debt Holders Have the Potential to Be A Powerful Political Force

Forty-five percent of those who did not complete a degree defaulted on a loan within 12 years, compared to 8 percent of bachelor’s degree recipients, according to the Beginning Postsecondary Students survey from the National Center for Education Studies. 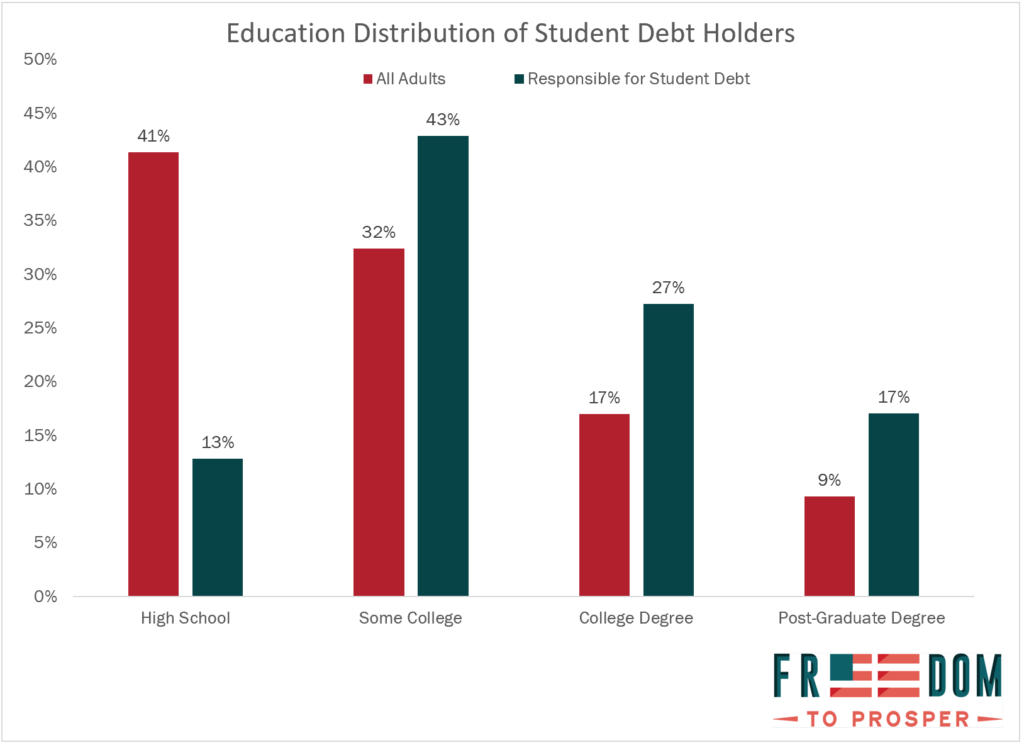 One in five people responsible for paying off a student loan is over the age of 50. Forty-seven percent of voting-eligible adults are over 50.

Truth #4: The Student Loan Trap Affects Americans In Every Part of the Country

Student debt holders are spread throughout the country, and the student debt burden weighs particularly heavily on midwestern and plains states.

Truth #5: The Student Loan Trap Harms People Of All Racial and Ethnic Groups

Sign our pledge to show that you support debt freedom!

Student debt impacts millions of people, of all ages.

What would you do if you were free from the student debt trap? How would your life be different?